Path Of Exile Has Released The Extensive Update 3.2.0

Grinding Gear Games has released the extensive update 3.2.0 for the action role-playing game “Path of Exile”, including changelog.

The bestiary update (3.2.0) for the action role-playing game “Path of Exile” is now available for the PC. The download is about 3 GB in size. The Xbox One follows a week later. However, it says, “While we’re at it, we’d like to make it clear that during the first week of the league, beast trafficking between players is still disabled, so we want to make sure community trading sites can handle these new items and get them done If we are ready to trade them, this week, when it is not possible to deal with beasts, will help prevent players who can not appreciate the relative value of a beast from overheating Can be drawn while the relative values for beasts in the community emerge.” 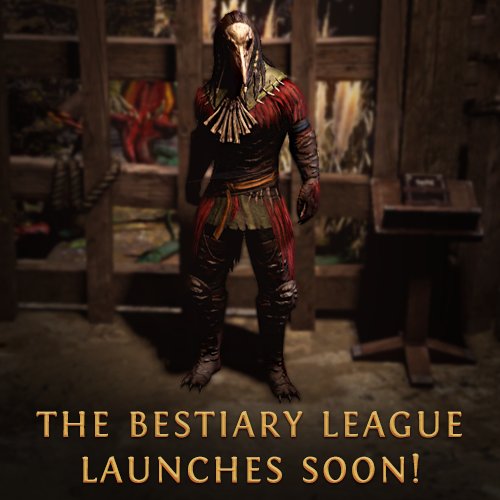 In the Bestiary Challenge League, hunter-gatherer Einhar Frey teaches you how to catch and sacrifice beasts to make powerful items.

With Einhar’s support, you can capture any beast in Wraeclast. Once you master the noble art of hunting, you can even capture legendary beasts that are extremely rare and unpredictable.

Einhar’s life’s work is the Bestiary, a comprehensive book that classifies and describes the existence of wildlife in Wraeclast. With every captured beast your progress in the bestiary is recorded.

Your captured beasts can be kept alive in the menagerie until you are ready to sacrifice them on the Blood Altar.

Sacrifice your trapped beasts on the Blood Altar to create and modify powerful items according to special recipes. For the strongest recipes, you must capture and defeat the rarest and most dangerous beasts.

Using your Bestiarium workbench, open a portal into the spirit world to kill one of four different spirit beasts. These challenging battles reward you with valuable unique items and new customization options.

Having corrupted the Creator’s Guardians, the Elder now has enough power to subdue the Creator to his will. Defeat both in the center of the Atlas of the Worlds, mastering the most challenging content in Path of Exile.

We have 30 new unique items of Fated that can be earned by fulfilling prophecies of fortune teller Navali. These items are evolved versions of their original counterparts, offering new modifiers, opening up many new build possibilities.

And so much more

Matching Content Update 3.2.0, we are also releasing two new backer packs: the Harpy and Manticore Supporter Pack. Both packs also offer an upgrade option. The packages include exclusive armor sets, pets, weapon effects, portrait frames, forum titles, and more. As Path of Exile is the fastest selling video game worldwide, the value of its in-game currency has grown in popularity. Get more news from our website: www.u4gm.com. It sells cheap PoE currency buy. If you buy here, you will get fast delivery and best service.