The Elder Scrolls Online is richer and promises a lot of new features. We have plunged into the online world of Morrowind to find out for you whether the time trip to the nostalgia succeeds or not. 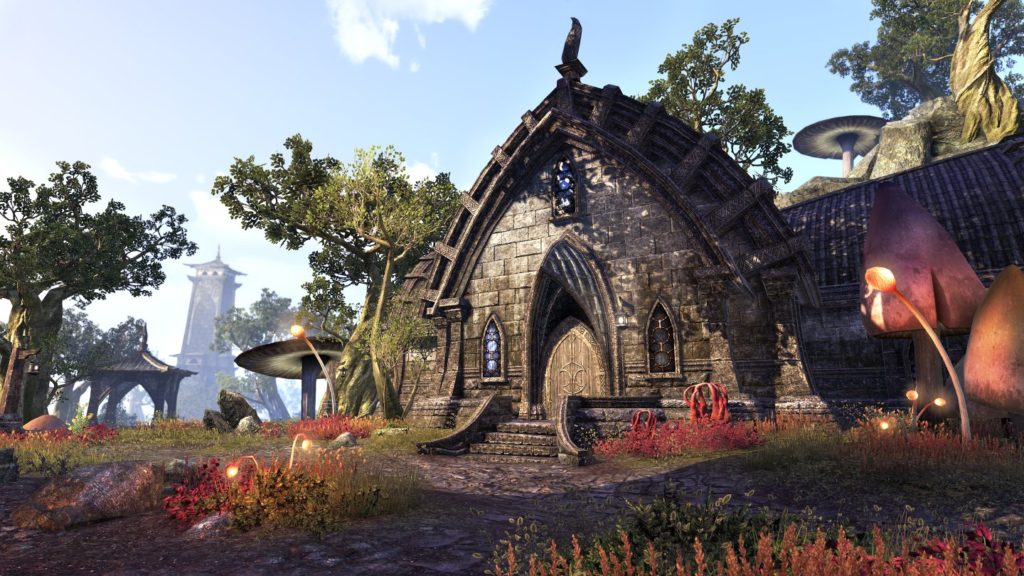 For years now, the reputation for a remake of the vastness of the Internet has inspired the fans of the Elder Scrolls series to re-experience the adventures of Morrowind. This wish is still further, but ZeniMax Online leaves us with the extension The Elder Scrolls Online: Morrowind back to Vvardenfell – a time before the events of the eponymous singleplayer game.

And Vvardenfell can be seen. The bizarre and at the same time fabulous world of Morrowind shows itself in all its splendor and leaves newcomers at least astonished and upset old fans the heart. The island offers a successful mixture of a high degree of recognition and newness, which is to be discovered. Thus, for example, a whole new history can be experienced, which revolves around the gods of the dark elves and the loss of their divine power. The story is beautifully told and leads across the whole island. In addition to the main quest there are of course also many side-quests, which are quite entertaining. For example, we take on the role of the scarlet judge, an urban legend that ensures justice and order. Unfortunately, the island is not very large, with the area of new playable area for an expansion is quite small. Also, the density of sites and dungeons to be discovered could have been slightly higher, especially considering the small size of the island. 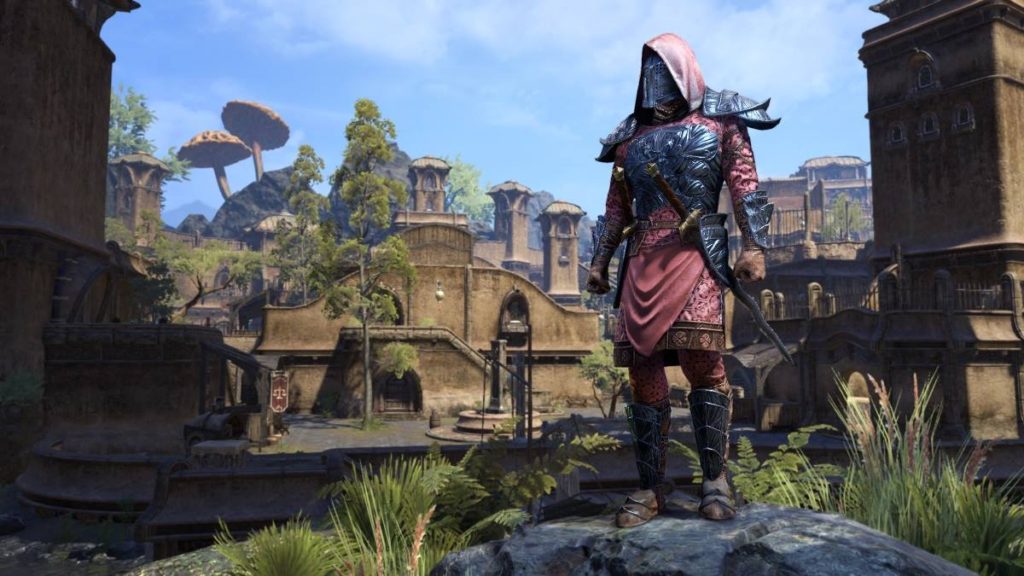 As for a MMO expansion, there is also a new class: the Warden. Anyone who has ever wanted to let the creatures of Tamriel loose on his enemies will have his real joy here, because the keeper makes use of the forces of nature and, in addition to the primordial power of the animals, also knows the power of the ice and the healing powers of the plants use. One of the best known pictures is the nature friend with his bear companion. The keeper can be played in a variety of ways in typical Elder Scrolls online manners. So the creatures are excellently suited as Damage-Dealer build, while the ice with its protective function and the high degree of crowd control is ideal for a tank, and the healing properties of the plants, well, that explains itself by itself overall, the keeper feels very fresh and forms a good addition to the already existing classes.

The expansion also introduced a new PvP system: the Battlegrounds. Here, three teams of four players compete against each other in a small arena. In addition to the obligatory on-the-cap hitting, it is also necessary to take control points and keep them in order to collect points. Although the beating zones are quite beautifully designed, they always have the same structure: three points on the outside, a point in the center, everything symmetrical. The game principle could not convince, because most of the time one is busy running outside, taking the points and avoiding enemy encounters. If you go in the middle and fight too long, you lose valuable time and points. It seems quite surprising that the combat system is so unimaginative, Guild Wars 2 makes it wonderful how a good capture point match in an MMORPG can look. There is another negative point for the matchmaking. This has repeatedly thrown us as a sub-level 50 player with players at maximum champion rank, although there is a choice that excludes this and has been used by us.

Morrowind can be described as a successful extension. For dedicated ESO players the expansion is a very clear must. But Morrowind can not convince anyone who has not yet been able to pack the main game. Make sure to gather enough ESO gold to enjoy yourself in the new content. If you are in lack of ESO gold, you can buy cheap ESO gold on ESO-GOLD. Besides, you should read more to learn some useful tips on The Elder Scrolls Online: Morrowind.