Path Of Exile: What Makes It Different From Other RPGs

Home  /  others • Path of Exile   /   Path Of Exile: What Makes It Different From Other RPGs
January 11, 2018 rsmoneysell0 commentsothersPath of Exile

Path of Exile is a free to play 3D RPG by Grinding Gear Games, which presents some very well designed, fresh game mechanics and an excellent atmosphere with hack and slash gameplay reminding some of the best “dark” RPGs of the past years. Offering huge customization options and multiple random elements, replay-ability seems clearly to be at the game’s core. 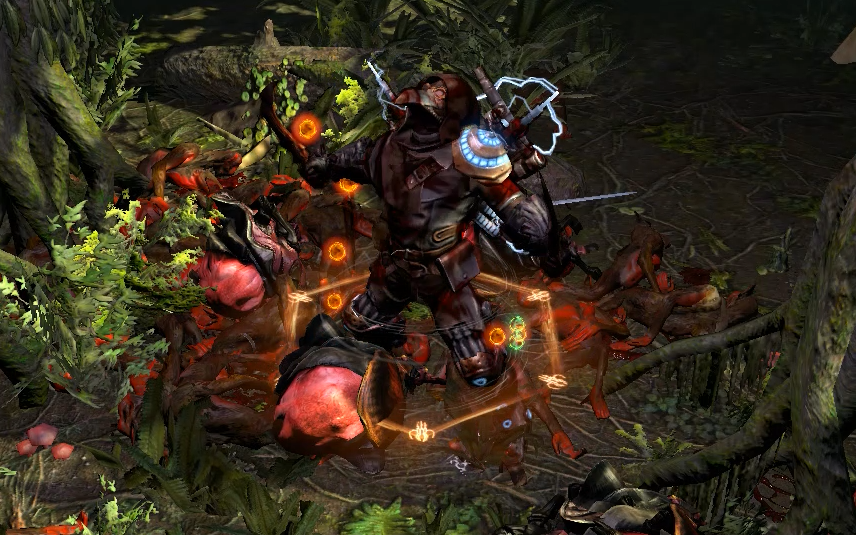 Superb, highly detailed graphics and “dark” art design create a unique setting reminding some of the best action RPGs of older times that used to favor such environments blending in successfully the “dark” storylines with the game’s general atmosphere. And this is exactly the case with Path of Exile, which has created a coherent ambiance pulsating at the beat of classic RPGs while at the same time resembling some of the most successful recent RPG games and introducing significant and innovative elements to spice up the experience and provide tremendous replay-ability value. With its itemized maps for new locations, that carry random properties and its extended randomness throughout the vast game regions, new surprises always await even into previously explored areas.

Path of Exile offers the players seven different character classes to choose from (Marauder, Ranger, Witch, Duelist, Templar, Shadow, Scion). The player begins his journey at the shores of the dark fantasy world Wraeclast which is divided into three different acts.

A completely fresh approach is chosen for the game’s skill system, which relies completely on discovered gems and provides nearly endless options for customization. Gems are items that carry specific random abilities, can be socketed into the character’s equipment and their behavioral aspect can be altered through the use of “support” gems which are also looted in-game. The passive skill tree, which is common for all classes, includes 1.325 passive skills and looks like a giant web of extended interconnections with multiple possible selections. Each class start from a different point of the tree and can select from multiple options their levelling path, focusing on core skills or exploring exotic alternatives.

A vast and complex skill tree will allow you to choose your desired skill path and make your hero truly special or explore new possibilities by leveling up different characters. Randomness is also supported by the itemized system of gems that are used to power-up your gear, and the end-game maps, that they can be discovered, with each one carrying its own rarity level and special affixes making rewards even more special.

Combat wise, the game offers a fluid, bloody, nearly hack and slash, experience that is greatly entertaining and rewarding full of piles of loot. However, you won’t find any gold here. And this is because the trade economy is centered around Path of Exile orbs which can be used as equipment modifiers or traded with other players and NPCs. PVP is also available through the game’s League system with each League having its own ladder rankings and its own economy. Your League is chosen upon character creation process and serves as the mechanism for the online competitive play modes.

Path of Exile is an RPG gem that clearly deserves one of the top ranks, excelling at many aspects. You don’t want to miss it out!