Wondering the best starter town for the first leg of the game or buy your island? Here are some tips to start your adventure.

The choice of starting town depends mainly on the specializations you want to chose for yourself and the resourcces available there. 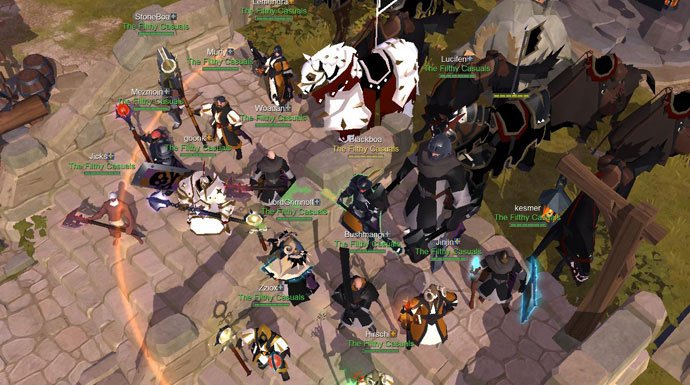 For example if you are a Solo player or you want to make your living as a animal skinner selling hides you would choce steppe city (Bridgewatch) were animals are in abundance.

Lymhurst also has skins available, but the primary resource there is wood. This in general influencec market prices where items based on wood and skins will be relatively cheaper while those based on metals and cloth somewhat more expensive.

Also, You may want to think long term vs short term. Caerleon will be a HUGE hub in the game for trading/selling for all the large Guilds based out of Red/Black. Not that Fort Sterling is all that far away either.

If you want to buy an island until figuring how what your guild will be doing, don’t rush anything. No one really knows where the real Hub is going to be. Be patient and only build it where you see the market is the highest and where your “Guild” has its hub. this will make traveling way easier.

If you build on a island in one city and later decide to relocate to another city, you can demolish your buildings first. You will get back 90% of the resources. And do not forget to empty any chest you had on island first. Then you can abandon the island. Then buy a new one in a different city, upgrade it and rebuild.

More Albion Online news we will post here in UpAlbion.com, you can keep eyes close in our site. If you are in need of cheap albion online gold or power leveling, just come here to place your order!