Elf City Design Documents contain unseen concept art, and an in-depth view of what we think Prifddinas should be. They’ve been produced by Mod Osborne, with help from the rest of the team. 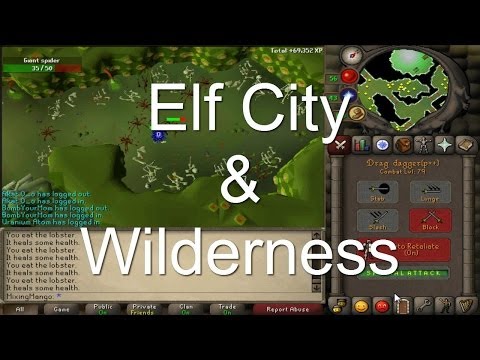 For the first time ever, Runescape Team like to share these documents with you. In order to make this truly player-driven content, Runescape Team want to get your feedback on the design before it goes into full development. Due to the high volume of information,they are splitting the design into five separate documents and will be releasing one document each week in order to gather your feedback.

Once you’ve submitted your feedback on the forums,Runescape team will review each post and consider each point raised to ensure that Prifddinas is as close to what you want as possible. The team will make revisions to the documents based on your feedback, and summarise the changes in upcoming videos.

The five parts of the design document are as follows:

Part 1: The Tower of Voices
Part 2: Iorwerth and Cadarn
Part 3: Trahaearn and Crwys
Part 4: Ithell and Amlodd
Part 5: Hefin and Meilyr
You can expect to see one document each week – which will be in downloadable PDF form. It’s worth mentioning that these documents are almost identical to the original design documents produced by the team working on the update.

Our first design document will be released on Wednesday 14th May 2014, and we’ll publish another document the each week until Wednesday 11th June 2014.

Runescape Teams are incredibly excited to see your thoughts, and to incorporate them into the Elf City.