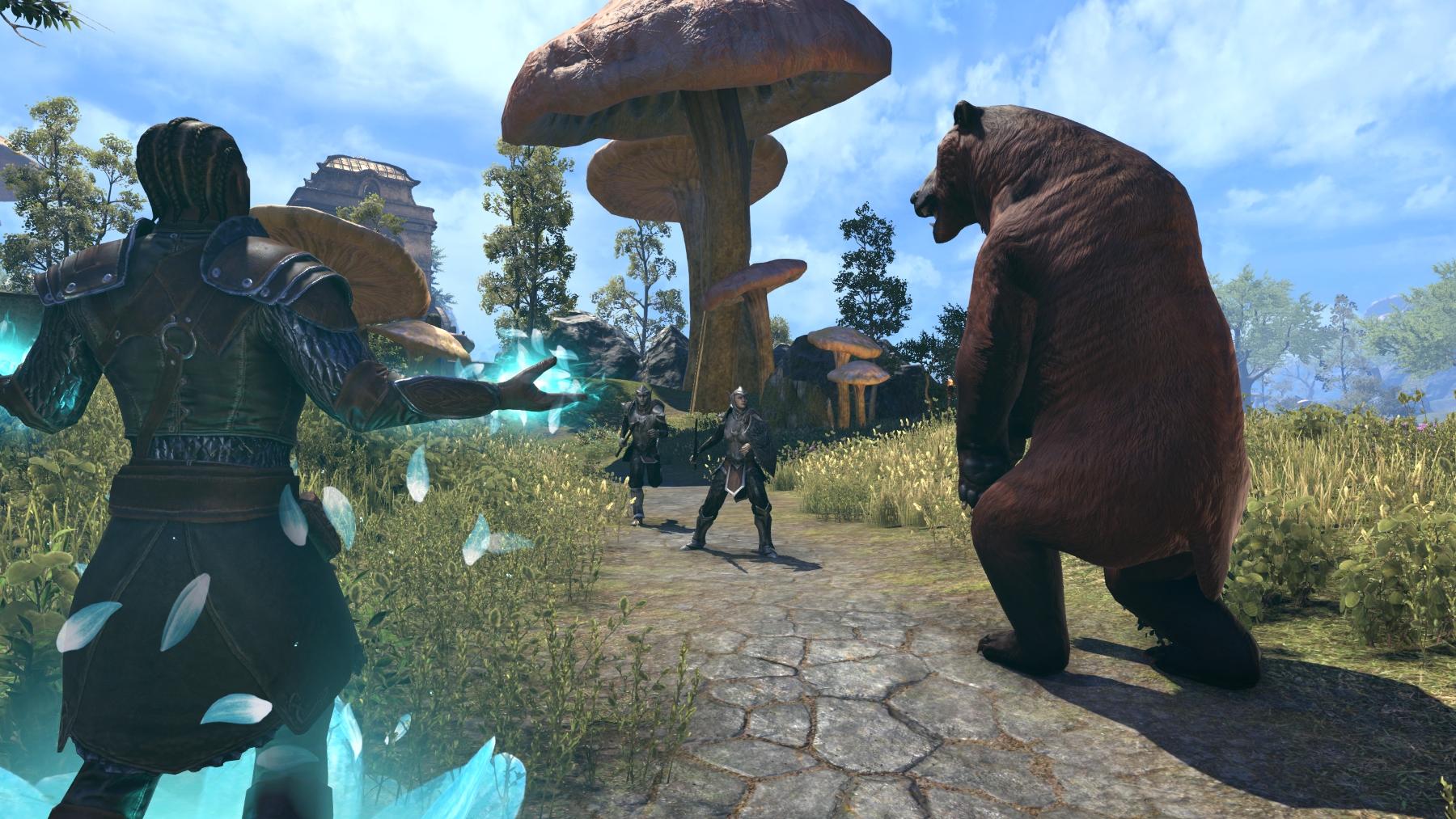 The Elder Scrolls Online has changed significantly since its release in 2014. The game was released on PC in April 2014, where a monthly fee was required to play as we know it from the traditional MMORPGs arrow. This was removed one year after the release of the game, which was also the same year for PlayStation 4 and Xbox One under the new name Elder Scrolls Online: Tamriel Unlimited.

As the years have elapsed, there is a lot of new content, and it is only now 3 years after the official release of the game that we see the first extension to the game, Elder Scrolls Online: Morrowind. The new extension adds the new Vvardenfell continent, where both new and experienced players can go right away when the game is released thanks to the scaling system that the one Tamriel update brought with. The game’s enemies are scaling according to the player’s figure, making the content accessible to all, regardless of level.

Expansion is huge as it is the entire area of the original The Elder Scrolls III: Morrowind, which is featured in the online game, and Bethesda promises that there are more than 20 hours of new missions to match, almost doubling the current size of the game. For the first time since the release of the game there will also be introduced a new hero in the form of the new Warden class. The new hero introduces a new game style, as focus will primarily be on natural power as well as animal controls, giving ESO a more traditional Hunter-like class, as we know from other MMORPG games such as World of Warcraft.

Focus On Smaller Fights Between Players

The PvP section of Elder Scrolls Online has always focused on big blows between the different fractions in the game, and here new elements are added. The massive matches between the fractions take an incredibly long time and you may not always have long sessions every time you jump into the game. Therefore, so-called Battlegrounds are added, where 3 teams with 4 players on each have to fight each other. The different game types are some we know from typical shooting games, because you can play Team Deathmatch, where the team with the most killing fast wins, Capture The Flag, where it takes to capture the enemy’s flag as well as protect his own and last but not at least, Domination, where to take over points and keep them as long as possible, so one’s team earns points.

People focusing on content where collaborating with other players can also be delighted as the new Trial Halls of Fabrication will be found at the release. The new Trial takes place in Clockwork City, and although we have not yet received much news around places, it will require a composite team of 12 players to get through. There will also be a number of more public dungeons, where the players together, without forming an organized group, fight together to lay down hard enemies and get better equipment.

The Elder Scrolls Online: Morrowind is released in just a few months, meaning there are a number of players who have access to the beta edition of the upcoming extension. The Champion system, which comes into effect when the player reaches the maximum level in the game, is greatly reduced in strength, to great frustration for old veterans.

Zenimax Online has admitted that the Champion system in its current form is too powerful and destroys the balance between beginners and veterans. Veterans have currently spent a long time achieving the maximum level of Champion levels that provide bonuses for magic, life, and reduction as well as maximizing injury. These bonuses are greatly reduced, which has created a lot of criticism among the players.

The New Warden Class Appears At Level At Templar Is On

The balance between the classes in the new enlargement does not seem to be fully in place. The Templar class seems to be downgraded heavily, while the new Warden class seems to be quite strong. The reason for focusing between these two classes is that they are very focused on the same thing. Both classes are good for support, can heal, and the big difference is that the Warden class can communicate as well as attack with different animals. At the same time, the Templar’s abilities have been greatly revised, while Warden appears to be at the level at which the Templar class is currently on, giving an unfair advantage to the forthcoming class.

But it’s only a beta, and Zenimax is still fine-tuning the game before the release, so it’s a typical process. However, it will be exciting to see how the many new additions will change the game.

Although enlargement brings a new class, the whole of the Morrowind continent and a long campaign of up to 30 hours, ultimately it’s about more of the same. However, it seems that PvP players get more content to look forward to, as battlegrounds are a long-awaited step, rather than being required for the big punches between the different fractions in the game.

Despite the fact that we are dealing with an MMORPG, it is still possible to play through the adventure alone, as it was a single player game. You do not have to go to dungeons or duelers against other players, and if you ignore people around you do not miss anything.

Of course, the majority is just the social aspect, as it is just a MMORPG game, but we are in an era where it is no longer a requirement to be a member of a big guild to continue the story part of the game. The Elder Scrolls Online also no longer requires a monthly subscription to be played, and you even have the opportunity to play it with a friend where you can complete the entire campaign together.

The extension adds new content to all players. Whether you play alone, with more, or with or against other players, there will be new content to find. A 20-hour story, new trials where players fight 12 men against the enemy, the new addition of battlefields as well as the actual Morrowind continent are the focus of this expansion, so that’s what we’re going to look forward to June 6th.